Diocese of Venice Seminarian Jacob C. Gwynn was commissioned as an Ensign in the United States Navy on Jan. 22, 2021, at St. Vincent de Paul Regional Seminary in Boynton Beach. 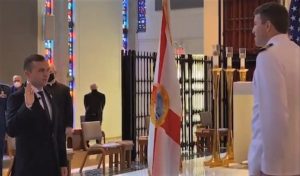 Ensign Gwynn is currently in his first year of theology studying at the Seminary on a path to be ordained a priest of the Diocese of Venice. He is also a co-sponsored seminarian with the Archdiocese for the Military Services, USA. The commissioning as an officer begins his career with the Navy as a Chaplain Candidate Program Officer (CCPO) as he pursues serving God and country as a Chaplain. He will continue his course of studies while devoting some time during his summers to train with the military.

The ceremony took place in the Seminary Chapel with a limited audience due to COVID-19 Pandemic precautions but did included members of Gwynn’s family.

Ens. Gwynn spoke after his commissioning and expressed his joy and gratitude for being able to embark on this dual journey of becoming a priest while at the same time serving his country as a Navy Chaplain.

“Growing up, from when I can recollect my first memory, I always wanted to be a priest,” Ens. Gwynn said. “Along with discerning the priesthood, I kept the military as a possibility.” 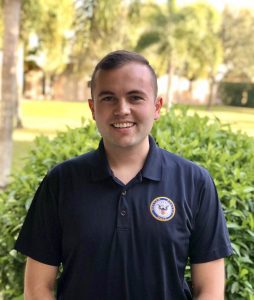 “My greatest inspiration comes from Msgr. Joseph Ferraro who I had the privilege to know most of my life,” Gwynn explained of the priest who served more than 50 years, 30 as a U.S. Navy Chaplain before retiring to assist at Parishes in Manatee County. “Monsignor Joe is my hero and mentor who inspired me to pursue this path God has called me on.”

The Commissioning Ceremony included the Pledge of Allegiance, singing of the National Anthem, and afterwards the singing of the Navy Hymn. U.S. Air Force Reserve Col. Father Gregg Caggianelli, who is on the Seminary faculty and is a priest of the Diocese of Venice, offered the opening prayer. Navy Talent Acquisition Group Miami Cmdr. Sean Foster administered the Oath of Office.

In the future, Ens. Gwynn will be attending Officer Development School (ODS) which is located in Newport, Rhode Island. ODS is a program that is designed to provide newly commissioned Navy officers with the basic information of Naval culture. 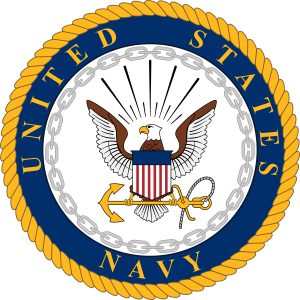 Meanwhile, Ens. Gwynn will continue his usual formation and course of studies at seminary for the Diocese of Venice. He will also be working with the Chaplain Candidate Program to fulfill his training obligations for the Navy.

Cmdr. Foster congratulated Ens. Gwynn upon his commissioning and for choosing a path as a Navy Chaplain, which has a rich tradition of service and counsel for the sailors and soldiers of the Navy, Marine Corps and Coast Guard. “It is an important and exciting job. A job the Navy relies on to make sure people maintain a relationship with God.”

In the future, Ens. Gwynn expects to be ordained to the priesthood for the Diocese of Venice. In his first years following ordination he will serve as a priest in the Diocese with an expectation to serve in the Navy as a active duty Chaplain for at least five years.