Bishop of the Diocese of Venice in Florida 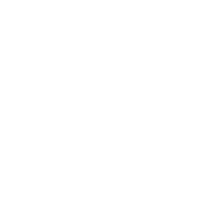 Most Reverend Bishop Frank J. Dewane serves as the spiritual leader of approximately 250,000 Catholics in the 10-county Diocese of Venice in Florida. He was appointed by Pope Benedict XVI in 2006 as the second Bishop of the Diocese.

Prior to entering the seminary, Bishop Dewane worked for the National Broadcasting Corporation (NBC) in Moscow, Russia, and then for a subsidiary of PepsiCo in New York City.

Ordained to the priesthood for the Diocese of Green Bay in 1988, Bishop Dewane was appointed in 1991 to serve as a member of the Permanent Observer Mission of the Holy See to the United Nations in New York City, during which time he represented the Holy See at several international conferences. In 1995, he was transferred to the Pontifical Council “Cor Unum” and was later appointed Under Secretary of the Pontifical Council for Justice and Peace.

Bishop Dewane has served on several committees at the United States Conference of Catholic Bishops including the Committee for Domestic Justice and Integral Human Development (past Chair), Committee for International Justice and Peace, Ad Hoc Committee against Racism, and Subcommittee for the Pastoral Care of Migrants, Refugees and Travelers.

Bishop Dewane is a member of the Board of Directors of the Franciscan Foundation for the Holy Land.