For the past 25 years the Spanish Cursillos lay movement has been encouraging individuals and families to make a deeper commitment as living witnesses to the Lord by how they live their lives. 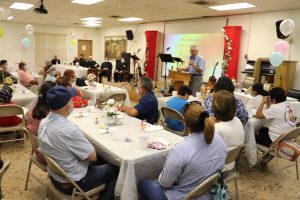 Bishop Frank J. Dewane celebrated a Mass on Aug. 7, 2021, at St. Michael Parish in Wauchula, to mark the anniversary and thanked the participants for bringing the faithful closer to the Lord by being that example for others to follow.

“Take this anniversary as a time to celebrate what you have accomplished and know the seeds of faith are planted for the future,” Bishop Dewane said. “I stand before you humbled, as you are part of something symbolic and concretely spiritual.” 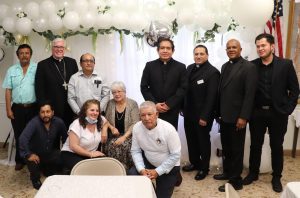 The keynote speakers were Jose Sanchez, Cursillos Region Vll Coordinator, and Ángel Delgado, who started Cursillos in the Diocese of Venice in 1986 at St. James Parish in Lake Placid. Both were pleased to witness such a strong lay movement with the Diocese. They also offered encouragement to the members to not rest on their laurels and to continue their effort to spread it and to bring others to the movement in the future. The day-long celebration also included prayer and music.

Cursillos is a lay movement which attempts, from within the Church, to give life to the essential Christian truths in the singularity, originality and creativity of the person. The goal of Cursillo is the same as the goal of the Church: to bring all to Christ. This is done when informed, trained leaders set out with the support of others having a similar commitment.

Cursillo (pronounced ” kur – see – yoh”) or Cursillo de Christiandad is a Spanish term which means “short course in Christianity.” Cursillo begins with a three-day experience, which takes a New Testament look at Christianity as a lifestyle. It is a highly structured weekend designed to strengthen and renew the faith of Christian people and through them their families, Parishes and the world in which they live.