Members of the John XXIII Parish Retreats Movement gathered at Campo San Jose Retreat Center in Lake Placid on June 12, 2022, to celebrate the conclusion of another retreat. 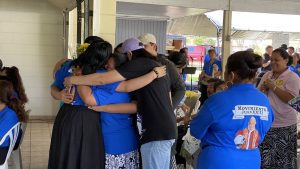 At total of 29 women took part in the three-day retreat with their family and others taking part on the final day for the closing Mass. This makes more than 1,000 who have returned to the faith in the Diocese of Venice through the John XXIII Movement.

The John XXIII Movement is a private international association of laity, with the goal of leading marginalized communities to God. To be part of the movement you must have experienced the initial retreat experience. After completing the retreat, participants are encouraged to attend faith-formation classes and weekly meetings to strengthen their faith and personal relationship with God. Rooted in Eucharistic Adoration, the ministry serves the Church and its people through love, surrender, and sacrifice. 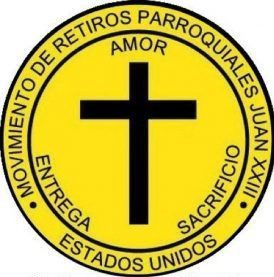 The Movement is constituted according to the canons of Canon Law of the Catholic Church and inspired by the principles that emanated from the Second Vatican Council. The Movement, from its origins, goes out in search of the forgotten and the marginalized, of those, who due to their problems, live in the anonymity of life thinking that the Gospel cannot be preached to them. In addition to the John XXIII Movement, the Diocese has eight additional lay outreach efforts, many of which are directed toward the Hispanic faithful.

Father Claudio Stewart, Diocese of Venice Director of the Hispanic Apostolate and Movement Spiritual Director, celebrated the closing Mass of the retreat which was a graduation of sorts for the women and a joyous welcome back into the Faith. 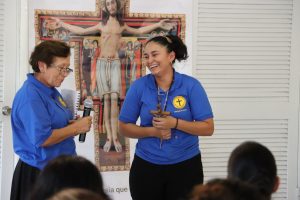 “They come to this retreat not expecting anything and leave with everything, the love of their family, the love of the community, the love of Christ,” Father Stewart said. “It is an emotional journey as they must seek the Lord’s forgiveness for sins they have done to themselves and those done to others. This is not easy.”

Following the Mass, each woman stood up and offered their story. This was done while holding a crucifix for support, as they each first explained how they heard about the John XXIII Movement and then what they experienced during the retreat. Finally, as their family looks on, and everyone is smiling in encouragement, the woman then expresses their emotional apologies and remorse to their family and friends and also their gratitude for leading them back to Christ.

Once they are done with their testimonial, each woman is cheered and approaches their friends and family, who have been held back to allow them the space to be open and honest. The reunion is full of hugs and presentations of roses, a symbolic gesture of the Blessed Virgin Mary and their new closeness to the Lord. The celebration concludes with celebratory music and a fiesta of food and fellowship. 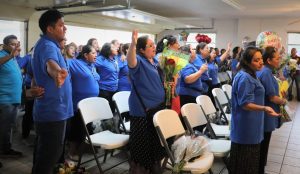 “This is a well-organized and transformative program,” Father Stewart said. “The people on these retreats have many reasons for being away from the Church, but with the support and encouragement they are given, their return is a true celebration for the individual, their family, their friends and everyone who is part of the Movement and the Church in the Diocese of Venice.”