As Catholics pray and reflect on the life of Saint Joseph throughout the coming year, they also have opportunities to gain a plenary indulgence, or remission of all temporal punishment due to sin. An indulgence can be applied to oneself or to a soul in Purgatory. 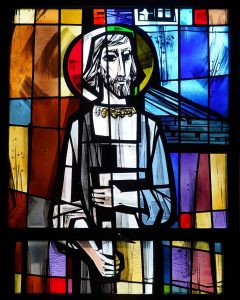 An indulgence requires a specific act, defined by the Church, as well as Sacramental Confession, Eucharistic Communion, prayer for the Pope’s intentions, and full detachment from sin.

Special indulgences during the “Year of Saint Joseph” can be received through more than a dozen different prayers and actions, including praying for the unemployed, entrusting one’s daily work to St. Joseph, performing a corporal or spiritual work of mercy, or meditating for at least 30 minutes on the Lord’s Prayer.

In its Decree, the Apostolic Penitentiary said that, “to reaffirm the universality of Saint Joseph’s patronage in the Church,” it would grant a Plenary Indulgence to Catholics who recite any approved prayer or act of piety in honor of St. Joseph, especially on March 19, the Saint’s solemnity as “Spouse of the Blessed Virgin Mary,” and on May 1, the Memorial of “St. Joseph the Worker.”

Other notable days for the Plenary Indulgence are the “Feast of the Holy Family” on December 27, as well as the 19th of each month during the Year and every Wednesday throughout the year, which is a day traditionally dedicated to the memory of Saint Joseph in the Latin Church.

The Decree further states: “In the current context of the health emergency (of the pandemic), the gift of the Plenary Indulgence is particularly extended to the elderly, the sick, the dying and all those who for legitimate reasons are unable to leave the house, who, with a soul detached from any sin and with the intention of fulfilling, as soon as possible, the three usual conditions, in their own home or where the impediment keeps them, recite an act of piety in honor of St. Joseph, Comfort of the Sick and Patron of a Happy Death, offering with trust in God the pains and discomforts of their life.”

According to the universal Catechism of the Catholic Church, an Indulgence is “the remission before God of the temporal punishment due to sin whose guilt has already been forgiven. A properly disposed member of the Christian faithful can obtain an Indulgence under prescribed conditions through the help of the Church, which, as the minister of redemption, dispenses and applies with authority the treasury of the satisfactions of Christ and the saints. An Indulgence is Partial if it removes part of the temporal punishment due to sin, or Plenary if it removes all punishment.” (CCC, 1471)

Moreover, the decree specifically notes the numerous ways to receive an indulgence, including the following:

NOTE: The Apostolic Penitentiary permits any prayer to St. Joseph approved by the Church, mentioning in particular a prayer composed by Pope Leo XIII:

“To you, O blessed Joseph, do we come in our tribulation, and having implored the help of your most holy Spouse, we confidently invoke your patronage also. Through that charity which bound you to the Immaculate Virgin Mother of God and through the paternal love with which you embraced the Child Jesus, we humbly beg you graciously to regard the inheritance which Jesus Christ has purchased by his Blood, and with your power and strength to aid us in our necessities.”

“O most watchful guardian of the Holy Family, defend the chosen children of Jesus Christ; O most loving father, ward off from us every contagion of error and corrupting influence; O our most mighty protector, be kind to us and from heaven assist us in our struggle with the power of darkness.”

“As once you rescued the Child Jesus from deadly peril, so now protect God’s Holy Church from the snares of the enemy and from all adversity; shield, too, each one of us by your constant protection, so that, supported by your example and your aid, we may be able to live piously, to die in holiness, and to obtain eternal happiness in heaven. Amen.”

Information from the Catholic News Service is included in this report.