On the 216th Anniversary of the first Independent Republic in the Caribbean in Haiti, the Diocese of Venice, in conjunction with the Haitian Catholic Community, celebrated a Mass at St. Leo the Great Parish in Bonita Springs on Jan. 1, the Solemnity of Mary, Holy Mother of God. 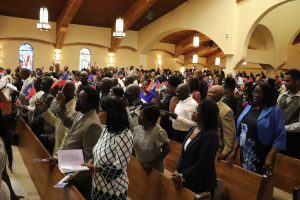 Archbishop Mésidor spoke about the celebration of the independence of Haiti and how it importantly falls upon a major celebration of the Blessed Virgin Mary and the World Day of Peace. This is particularly poignant in Port-Au-Prince where in recent months there has been unrest due to fuel and food shortages and corruption in the government. 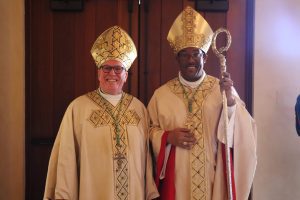 The Archbishop encouraged those gathered to remember the sacrifice of Haitians and to use the example of Mary, for she said ‘Yes’ to God with courage and grace. He added that they should feel confident in relying on Mary, the Holy Mother of God, to give them the strength to be sons and daughters of Jesus Christ.

Archbishop Mésidor added that they should be proud of their roots in Haiti and that they will always be Haitian. With this in mind, the Archbishop encouraged everyone to keep a connection to their homeland as well as with their faith which will serve them well in whatever obstacles they may face in the future, noting. 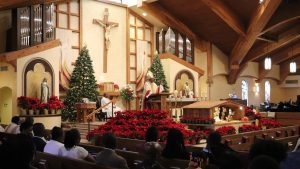 In a gesture of gratitude toward Bishop Dewane, Archbishop Mésidor noted that the Haitian Catholic Community within the Diocese of Venice is in good and capable hands and thanked Bishop Dewane for his support. 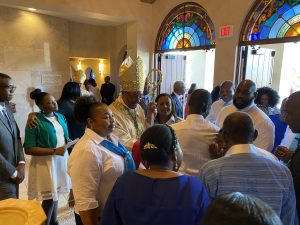 Bishop Dewane also thanked and recognized the Haitian priests serving in the Diocese for their continued dedication and passion for caring for the faithful, in particular those in the Haitian community. “The work you do does not go unnoticed,” the Bishop added.

There are currently Masses celebrated in Creole at the following parishes: St. Charles Borromeo in Port Charlotte; St. Francis Xavier in Fort Myers; St. Michael in Wauchula; Sacred Heart in Bradenton; Our Lady of Guadalupe in Immokalee; and St. Peter the Apostle in Naples. The New Year’s Day celebration is one of the few times the entire community can gather in one place. With this in mind, following the conclusion of the Mass all joined in singing the National Anthem of Haiti. 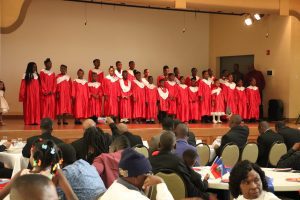 For the Haitian community, Jan. 1 is both a spiritual day, and an emotional day commemorating such an important day in their homeland. It was in 1803 that the Haitians defeated the largest and most powerful army at the time, the army of Napoleon, in Cap-Haitien. Haiti became the second country in the Americas to declare its Independence.

When the French were in control, they enacted a law that said the French were the only ones who could eat soup because they were in the upper class. When Haiti proclaimed its independence, all Haitians started to eat soup so as to demonstrate that everyone was equal. Thus, began the custom of cooking and eating soup on New Year’s Day in celebration of freedom. In honor of this unique tradition, soup was offered at the meal that followed the Mass in Bonita Springs.