A few rain showers, rainbows, a power outage, Mass, an eye on the tropics and thousands of students filing into the classrooms were just some of the highlights of the first week in the Diocese of Venice Catholic schools academic year. 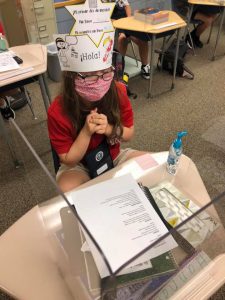 Opening the schools amid a global Pandemic posed many challenges, but the comprehensive planning, hard work and the dedication of the staff at the Diocesan and local levels made the transition to in-person instruction proceed smoothly, explained Father John Belmonte, SJ, Superintendent of Catholic Education.

“It has been a great success,” Father Belmonte exclaimed. “We couldn’t be happier with how everything is going. There were typical first-week-of-school issues that were easily resolved.” 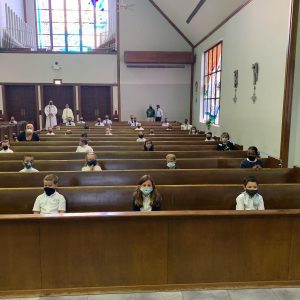 Students adapted to the new morning routines of temperature checks, and the need for lots of hand washing, social distancing as well as the wearing of face coverings. Whenever parents or students had concerns, faculty and staff were quick to provide answers with most questions focusing on the new policies implemented because of the pandemic. 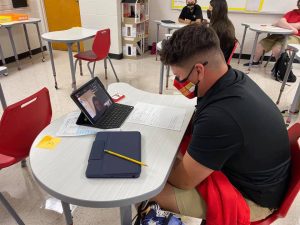 Diocesan Catholic schools began instruction on Aug. 17, 2020, with more than 85 percent choosing in-classroom versus online options. Throughout the first week, Father Belmonte said many who first opted to learn from home have returned to school. At Bishop Verot Catholic High School in Fort Myers about half of the 70 students who initially intended online instruction, returned to the school by the end of the first week.

Some of the morning car lines were impacted by rain which then brightened with sunshine and a rainbow, with a bonus double rainbow near Incarnation Catholic School in Sarasota.

The opening of St. Andrew Catholic School in Cape Coral was going well until a local power outage made the beginning of school on Aug. 20, 2020 exciting. Power was quickly restored and then everyone went to participate in the first Mass of the academic year. Parish Administrator Father Eduardo Coll celebrated Mass for the students, which was live streamed for the students who have chosen virtual instruction. 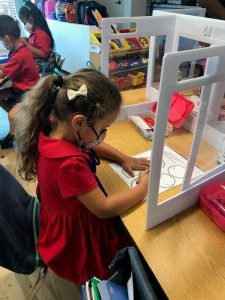 At St. John Neumann Catholic High School in Naples, Our Lady of the Angels Chapel was opened for Adoration, something that is available throughout the day for students. The lunch period, which is usually in the student center, was spread throughout much of the campus to allow for spacing while students ate without their face coverings. 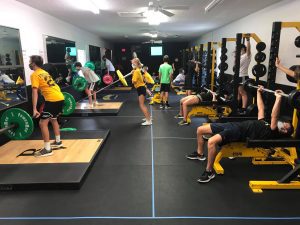 Cardinal Mooney Catholic High School in Sarasota was creative in the classroom layout with some rooms utilizing half the desks for one group of students, and the other half for use by different students later in the day. Large tents were also set up during the week and will be used for academic or dining areas as needed.

With social distancing necessary, morning prayers have taken on a new look. At St. Francis Xavier Catholic School in Fort Myers, the teachers meet in the school courtyard, spread apart before going out to greet the incoming students. When students arrive in their classrooms, announcements and prayers are broadcast throughout the school and streamed live for those learning from home.