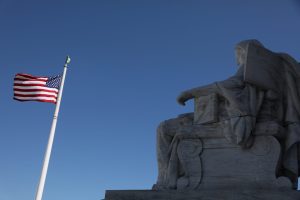 The Religious Freedom case guarantees employers the right to opt out of providing contraceptive coverage in their health plans, in a case repeatedly argued and championed by the Little Sisters of the Poor.

The case examined if the expansion of the conscience exemption from the Affordable Care Act’s contraceptive mandate violated the health care law and laws governing federal administrative agencies. Several states argued that the federal government did not have the power to grant its exception after the Trump administration issued an Executive Order in 2017 that gave employers protection to opt out of providing contraceptive coverage in their health plans. 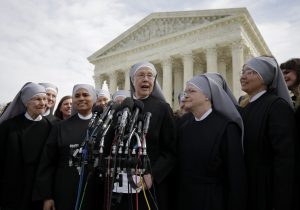 Bishop Dewane said, “It is hoped that the case involving the contraceptive mandate exception will finally put an end to government discrimination against people of Faith.” Echoing the statement released by the U.S. Conference of Catholic Bishops (USCCB), he added that while the case is a significant victory in the name of Religious Freedom, everyone must remain vigilant for new threats.

The second case clarifies the right of the Church to select those who carry out its work. The case specifically addressed the right of Catholic schools, free of government interference, to choose teachers who will teach and model the Catholic Faith without limits. 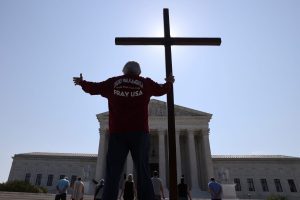 Bishop Dewane noted the Court decision reaffirms previous rulings regarding the right to select those who carry out the ministry of the Church, or ministerial exception. “I applaud the Court’s decision not to allow government interference on ministerial decisions.”

The ministerial exception to anti-discrimination laws meant that religious organizations couldn’t be sued for firing an employee classified as a minister. The latest decision said that though the teachers in the case were not given the title of “minister” and have less religious training than the teacher in the previous court case involving the ministerial exception, the court said that the same rule applies.

“The religious education and formation of students is the very reason for the existence of most private religious schools, and therefore the selection and supervision of the teachers upon whom the schools rely to do this work lie at the core of their mission,” Justice Samuel Alito wrote.

The USCCB wrote friend-of-the-court briefs in support of both cases.