By Nathan Misiran, COO of Support After Abortion, Special to the Florida Catholic

Greg Mayo experienced an enormous amount of trauma by the age of 22. He suffered abandonment by his father at a young age, and then verbal and physical abuse from his stepfather, Greg had also been personally impacted by two abortion decisions. Feeling alone and not being able to trust anyone, Greg started to run from the pain of abuse and abortion. He recalls, “I began running away from the pain, running away from the abortion issue. I felt like I did not have a voice and like I did not have anyone to talk to.” 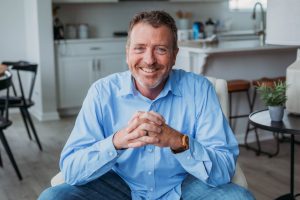 While others saw a charming, funny, life of the party, inside Greg was depressed, lost and scared. This feeling of isolation began to impact not only his mental health, but also his relationships as well. After years of running from the pain and shame after abuse and abortion Greg knew he needed help, but did not know where to start or where to go to find healing.

At the age of 18, Greg and his girlfriend found out they were pregnant. He did not agree with or support the abortion decision, but it happened, and sent him down a path of pain and confusion. He recalls, “one side tells you it is not a baby, which discredits the grief and sadness your feeling. The other side tells you, you are a horrible person, which brings pain and shame.” It was this pain, shame and confusion that caused Greg to engage in destructive behaviors. The unhealed trauma of abuse and abortion caused Greg to get stuck in the same cycle of bad decisions, that led to his second abortion experience at the age of 22.

The lack of trust from his unresolved childhood issues and the shame of his abortions began to impact Greg’s relationship and increase his feeling of isolation. Before meeting his wife, he noticed that when he started to get close to someone he would find fault in them, and create a reason to leave. He recalls, “I moved from place to place and relationship to relationship to constantly reinvent myself, so that no one could ever really get to know me.”

Greg eventually did meet and marry his wife but the pain of his abortion also had a direct impact on the relationship with his children. Greg became aware of his over nurturing and overprotective parenting style, that he developed as he puts it, “to make up for not being able to protect my unborn children.”

Greg began attending church and his Pastor encouraged him to learn from “hard times.“ This led to Greg sharing that he had two abortions in a men’s small group. To Greg’s surprise other men had been impacted by abortion as well, and in that moment it was affirmed for Greg, he was not alone! 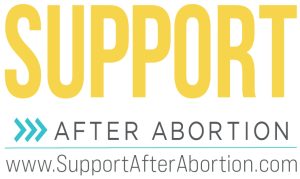 Healing can often start with sharing your abortion experience, but abortion healing is an on-going process. Greg states, “as we change, our spiritual and recovery journey changes. We continue to grow, develop new insights, heal and move to the next insight and next level of healing.” Greg continued this ongoing process by finding and reading many books about abortion and abortion recovery. He continued to talk with his pastor about the feelings of pain, shame and isolation he had been experiencing for so many years. It was important for Greg to continue a relationship with his pastor because as he states, “when a man becomes vulnerable and shares his story he will need a mentor to walk alongside him and continue to guide him. He cannot do this alone.” For more information on the virtual healing groups for men visit the website https://www.supportafterabortion.com/virtual-support-groups.

As part of his healing journey, he learned to name and honor his unborn children, Abigail and Benjamin. He decided to write a letter to each child, apologizing for the abortion decision. While sitting on a beach he wrote to each of them letters of repentance, forgiveness and love then read each letter out loud before letting it go in the water. This process gave life and dignity to his children and to past relationships.

Greg found hope, healing and heard a calling to help other men suffering from pain, shame and isolation after abortion. He has become a facilitator for Celebrate Recovery. Celebrate Recovery is a Christ-centered, 12-step recovery program for anyone struggling with hurt, pain or addiction of any kind. It is a safe place to find community and freedom from the issues that are controlling our lives. He also wrote the book, “Almost Daddy.” This book brings awareness to the need for abortion healing and starts the conversation for abortion healing with men.

Greg encourages all men suffering from pain, shame, and isolation after abortion to take the first small step towards healing. “Of course, you are afraid, you are going to be dealing with uncomfortable emotions and experiences. But you do not have to do it all at once and you are not alone!”

If you are a man suffering from pain, regret and shame after abortion, you are not alone. Please call the confidential hopeline at 1-844-289-HOPE. For more information on how to help men suffering from the pain and shame after abortion or to sign up for a virtual healing groups, visit the website www.supportafterabortion.com. Greg will be speaking at the Support After Abortion Men’s Conference from 9 a.m. to 4 p.m. on Saturday, Oct. 16, 2021, along with many other speakers, including Bishop Frank J. Dewane and Father Shawn Monahan. Register now for free at www.MenHealingFromTrauma.com.