Fun on the 100th day of classes 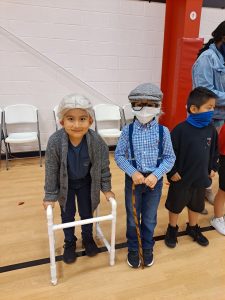 The St. Elizabeth Seton Catholic School community in Naples celebrated its 100th day of classes on Jan. 21, 2022, with a special “dress like you are 100 years old” dress-down day for a donation of 100 cents! All proceeds from the day will be donated to the nearby Golden Gate Senior Center run by Catholic Charities, Diocese of Venice, Inc. 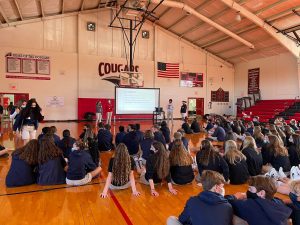 Cardinal Mooney Catholic High School hosted more than 130 eighth grade students from its partner schools, St. Mary Catholic Academy, St. Martha Catholic School and Incarnation Catholic School, each in Sarasota, and St. Joseph Catholic School in Bradenton. This Jan. 19, 2022, retreat was more than just a tour of the high school; it was also a chance to learn about what attending Cardinal Mooney would be like. Mooney students led the eighth graders in a variety of activities including prayer, games and team building exercises. Throughout the day, the boys and girls were separated into smaller groups and given the opportunity to ask their hosts questions about the school. 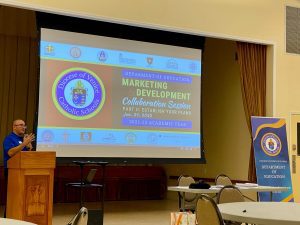 History and science in the same classroom 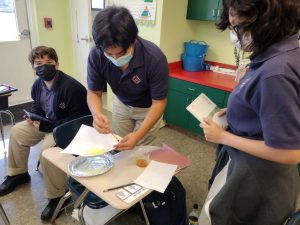 Middle school students in American History at St. Catherine Catholic School in Sebring completed a STREAM (Science, Technology, Religion, Engineering, Arts, Math) project on Jan. 20, 2022, which focused on the Revolutionary War and the Culper Spy Ring.  Not only did the students learn history, but also the chemistry behind invisible ink, which the Culper Ring used during the Revolutionary War.

There are few better ways to teach a lesson to a third-grade student than through the use of food as a prop in the classroom. That is exactly what happened on Jan. 19, 2022, at St. Ann Catholic School in Naples where the students used Oreo cookies to learn about the phases of the moon. This edible prop was easily handled by the students to match the different phases of the moon by splitting apart the two sides of the cookie and removing some of the filing. This exercise also has the benefit of having a handy snack after the lesson was completed.