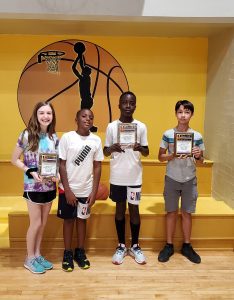 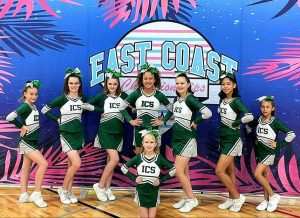 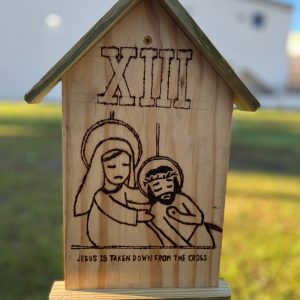 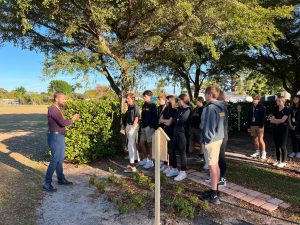 A new Stations of the Cross Prayer Garden was designed and constructed by Bishop Verot Catholic High School woodshop students to encourage everyone to visit and meditate on the Passion of our Lord. It was unveiled in Fort Myers on March 3, 2022, and includes the 14 Stations of the Cross, which depict the last hours of Jesus’ life: from His condemnation to His burial. 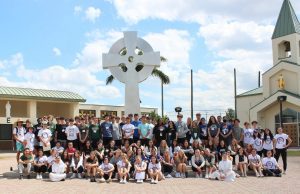 Another great retreat is in the books at St. John Neumann Catholic High School in Naples. The Junior Olympics for the class of 2023 was held March 3, 2022, as the students spent the day learning, working, and competing together. 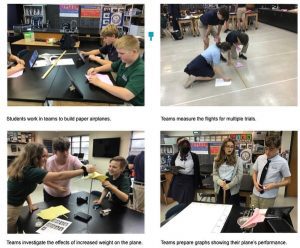 Middle school students at St. Andrew Catholic School in Cape Coral have been assisting NASA (National Aeronautics and Space Administration) with beta testing on a new generation of electric-powered aircraft that can fly safely while conserving resources and reducing pollution. The St. Andrew students had a unique opportunity to assist NASA by beta testing a new lesson that the agency developed to inspire the next generation of aeronautic engineers. The lesson, titled “Wingin’ It,” is a multiphase STREAM (Science, Technology, Religion, Engineering, Art, Math) lesson for engaging students in experimental aircraft research. The students worked in teams and worked on building and testing the flights of different styles of airplanes; testing the effect of adding weight incrementally; designing and building a support system to reduce flutter in wings; and modifying a paper airplane to improve its performance. The students also provided feedback to NASA on the positive aspects, challenges and ideas for improving the lesson. With the help of the St. Andrew students, NASA will finalize “Wingin’ It” before publishing it for use by students across the country.