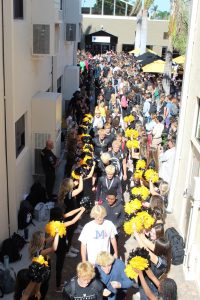 The Bishop Verot Catholic High School Viking Football Team fell in the FHSAA 2S Final Four on Dec. 2, 2022, ending the season for a team seeking the school’s first state title in its 60-year history. The team dominated most games, bring much needed smiles to the faces of the community devastated and overwhelmed by the impacts of Hurricane Ian. Undefeated Florida State University High Seminoles defeated Verot 38-28 in Tallahassee. The Vikings ended the season 10-3 having claimed the 2S Region 4 Final over Frostproof on Nov. 25. This was their first regional title since 1994. The best seasons in Verot history came in 1990 and 1994 when the teams reached the championship game. When the Vikings departed the Verot campus on Dec. 1, the entire student body came out to cheer them on. Enroute to Tallahassee, the team bus took a short detour to visit St. Francis Xavier Catholic School in Fort Myers where those students also cheered on the team. In a statement to the Fort Myers News-Press, Bishop Verot Coach Richie Rode said, “This has been a resilient group all year that continued to fight against a really good team… We’re disappointed in the moment, but we’ll be proud of what we did.” Great season!! 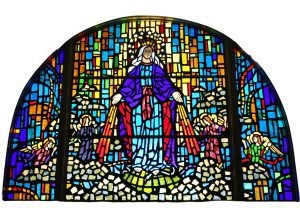 The 2022 Atlantic Hurricane Season will be long remembered by the faithful of the Diocese of Venice as the time when Hurricane Ian struck the shores of Southwest Florida on Sept. 28, 2022. Many lives were lost, many more lost homes or their livelihoods and still more are recovering and rebuilding. While many sent monetary donations or items to help in the hurricane relief and recovery, still more offered their prayers. The Diocese of Venice opened up an offering of a “Spiritual Bouquet” for those who wished to offer a special prayer for the victims of Ian. The practice was for a person to commit or pledge a “flower” of prayer to offer in union with others doing the same. These flowers of prayer offerings can take a wide variety of forms, such as a Rosary, a Divine Mercy Chaplet, a Holy Hour, litanies, novenas, or Holy Communion intention. An initiative of the Diocese Evangelization Office, participation in the “Spiritual Bouquet” was offered online through Nov. 30, the official end of the 2022 Hurricane Season. In all, 2,399 offerings were made for those who suffered in the aftermath of Hurricane Ian; 310 submissions were made, allowing participants to do a variety of actions. These actions were broken down as follows: 432 Mass Remembrances; 417 Holy Communions; 126 Visits to the Blessed Sacrament; 821 Rosaries; 31 Divine Mercy Chaplets; 147 Stations of the Cross; 203 Novenas and Litanies; and 222 Acts of Penance. Thank you to everyone who participated in this special outpouring of prayer.

Sarasota youth give back 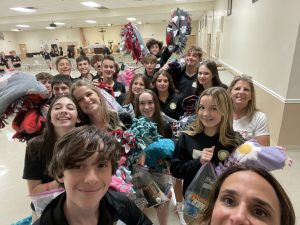 In keeping with learning about Catholic social teachings, 8th graders from St. Martha Catholic School along with the students from the St. Martha Parish Service Club/Faith Formation Program learned about several ministries that help those in need on Dec. 4, 2022, in Sarasota. The youth provided the following to the community: 140 gift cards and handmade Christmas ornaments to the elderly residents at Casa Santa Marta; 100+ blankets for the homeless; get well/Christmas cards for those in the hospital; 180 St. Nick Treat Bags for the parish students of the Religious Education/Faith Formation Program; toys and miscellaneous household items for the families of Family Promise; four ministry pantries stocked with food and supplies; “kindness rocks” (that they made) placed in the memorial garden and prayed for our parishioners buried there; 100 Blessing Bags to Resurrection House for the homeless community. 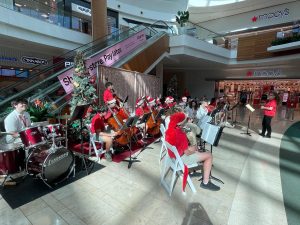 The members of the Cardinal Mooney Catholic High School symphonic orchestra spread the joy of Christmas by performing for shoppers at University Town Center (UTC) in Sarasota on Dec. 5, 2022. The musicians helped shoppers get into the spirit of the holiday ahead of a performance on Dec. 7 in the School Music Hall.

STREAM activities are so much fun! 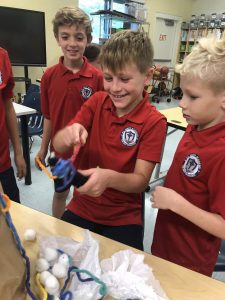 St. Mary Academy students took part in a lesson on Dec. 5, 2022, called “Candy Cane Calamity.” The students were challenged to design a package that could be used to send a candy cane to a friend. The package that kept the candy cane from breaking and weighed the least won the competition. After the packages were “delivered/smashed” a few times, (against a wooden door!) students unwrapped their candy canes to see if they were successful. What a blast they had learning!