Catholic Mass to Honor Veterans Moved Due to Weather

The Diocese of Venice in Florida will celebrate its 13th annual Veterans Day Catholic Mass to honor veterans on Friday, Nov. 11, 2022. The Mass, originally scheduled to be held at The Sarasota National Cemetery, has been moved due to weather constraints. The Mass will now be celebrated at the nearby St. Patrick Parish, 7900 Bee Ridge Road, Sarasota. The Mass will begin at 3:30 p.m., with opening ceremonies at 3:15 p.m. All are encouraged to arrive early. Bishop Frank J. Dewane will be the principal celebrant of the Mass. 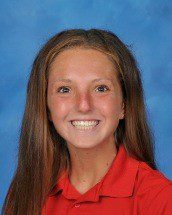 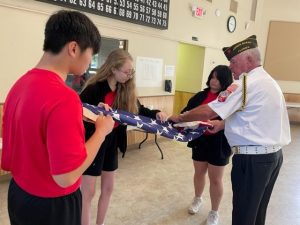 The Veterans of Foreign War Golden Gate Post 7721 visited St. Elizabeth Seton Catholic School in Naples on Nov. 4, 2022, to teach the eighth graders how to properly fold the American flag in advance of the school’s Veterans Day Tribute on Nov. 11. 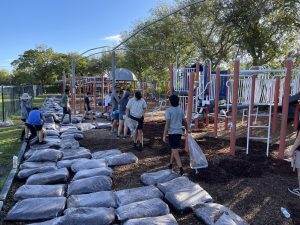 More than 40 St. John Neumann Catholic High School students and Key Club members came together Nov. 7, 2022, to help with a beautification project at St. Elizabeth Seton. Students laid mulch on the playground and painted parking lot curbs and stops. Lots of fun was had amidst the hard work. 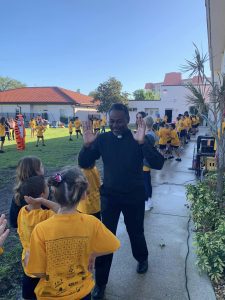 The annual Tiger Trot at Epiphany Cathedral Catholic School in Venice was a huge success. Held on Nov. 4, 2022, the event raised funds and everyone had a great time. Msgr. Patrick Dubois was in attendance to observe and blessed the Tiger Trot and cheer everyone on. 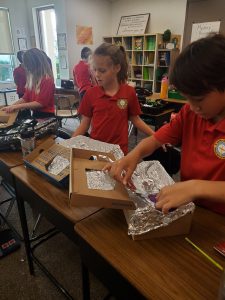 Fourth grade science students at St. Martha Catholic School in Sarasota learned all about Thermal Energy the week of Nov. 1, 2022. The students each constructed their own solar oven and placed the components for s’mores in them before bringing them outside to cook. The result: the ovens worked, and everyone had a delicious snack created in their own oven! 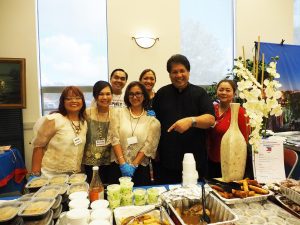 Our Lady of Grace Parish in Avon Park held its annual International Food Festival on Nov. 6, 2022. Delectable cuisine from around the world was up for selection including from countries such as Puerto Rico, the Philippines, Ireland, Mexico, Italy and many more. Parish pastor Father Ronnie Sison, who is originally from the Philippines, took time to visit each table and sampled many selections. 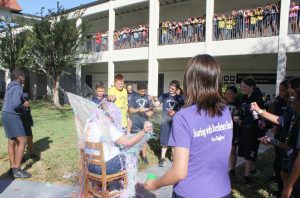 A fun time was had during “Silly String” festivities at St. Joseph Catholic School in Bradenton on Nov. 4, 2022. The fun was a follow-up celebration to the successful annual Eagle Run fundraiser held earlier in the month. The seventh-grade class, which had great success during the Eagle Run, also celebrated with a McDonald’s party.