If you have ever prayed in front of an abortion clinic during 40 Days for Life – or on any day – and wondered if it has an impact, one need not look further than the transformation of a former Maryland Planned Parenthood employee who walked away from the industry, thanks to those prayers. 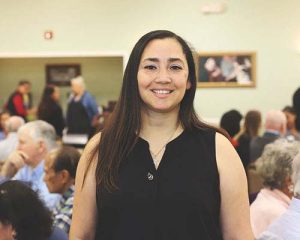 The story begins when Myra Neyer, 43, of Cape Coral, found herself looking for a job in Baltimore, Md. to support her seven children, after her husband was killed in a car accident. Following the death of her husband, a subsequent relationship ended at the hands of abuse, making the job search even more desperate to feed and clothe her children.

As her college graduation neared, the school sent Neyer’s resume to various organizations which were looking to fill positions. The work she found was at two northeast locations of Planned Parenthood, in Annapolis and Baltimore.

Over the next year Neyer would watch half-hearted counseling sessions of young pregnant women who were trying to decide how to handle their pregnancy. From day one she would observe actual abortions. Worst of all, as part of the job requirement, Neyer would be forced to piece babies back together following their killing, to be sure all of the aborted baby had been retrieved from its mother.

“I knew early on this was not the place for me but I had seven children to care for, so I kept going to work,” Neyer said, as she sat in a Cape Coral coffee shop recalling that long year of working for Planned Parenthood.

One day as she was walking back to work from lunch Neyer passed by two sets of protesters: the quiet Catholic prayer warriors who were joining together in praying the rosary; and the loud angry people who yelled awful things to the Planned Parenthood employees. Privately, Neyer says hearts are being affected.

“I started to think, what if God does hate what I am doing, and what am I doing to my soul?” Neyer recalls. It was then she remembers feelings of guilt started penetrating her mind. “The torment became so severe I would dream of being the one who was having the abortion – without anesthesia.”

Neyer recalled each time she looked at her youngest child, who was three at the time, she saw the skin of the aborted babies and soon became tormented for hours each day.

“One day I went outside to the 40 Days for Life prayer warriors, although I didn’t know any of them at the time, and I asked for a pair of the rosaries from one lady who was praying,” Neyer said, smiling. “She asked me if she could pray for me, and if I knew how to pray the rosary, to which I responded, yes. I also told her I grew up Catholic, and this is not how I ever saw my life going, but I have children to raise by myself.”

The woman continued to quietly pray over Neyer before she walked back into the Planned Parenthood clinic, knowing her co-workers were going to give her grief for talking to the people praying outside.

It wasn’t long before Neyer found herself searching for the woman who offered to pray for her, if only to share a smile, or a kind word. In some strange way, she says a sense of well-being was gained from those exchanges.

“This is when I remember starting to feel different. There was something about the prayer woman that provided comfort, and I felt drawn to her,” Neyer said, wiping away a tear. “I learned these ladies were with 40 Days for Life, which at the time, I knew nothing about.”

Attendees of 40 Days for Life commit themselves each Spring and Fall to 40 days of prayer in front of abortion clinics across the United States, including Sarasota, Port Charlotte, Fort Myers and Naples in the Diocese of Venice in Florida. 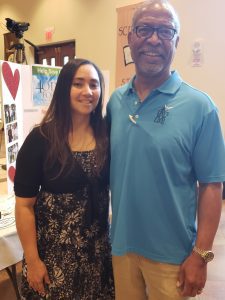 February 2014 is when Neyer definitively knew it was time to end her year working at Planned Parenthood. She says a young pregnant girl, estimated to be 20-years-old, came into the clinic feeling pressured to get an abortion by her boyfriend, an older man who did not want children.

Neyer says the ultrasound tech told the young mother she was 13-weeks pregnant with identical male quadruplets. The abortion could not be performed at that location because there was not sedation available there, so the procedure needed to be moved to another location in order to abort the four babies.

On the next scheduled visit, the day of the abortion, the young girl was too upset to go through with it. On the third visit her boyfriend came in with her and was visibly angry, claiming he did not want children and he argued with all involved, according to Neyer. The couple was moved to a private room to come to an agreement, but they eventually left without the abortion.

The next day before closing, Neyer said the young mother came back to the clinic in substantial pain, bleeding, with the babies literally falling out of her. The boyfriend had taken the young girl to an unknown location to have an abortion, which was going very wrong.

“The last baby needed to be suctioned out, and (afterwards) all of these little (parts) needed to be pieced back together, as my co-worker and I stood there hugging each other crying,” Neyer painfully recalls. “I knew I could not do this anymore.”

In hindsight, Neyer is now convinced more than ever that the woman who offered to pray for her was a gift from God and is ultimately what helped change her heart.

But for those who know and love God, there is an understanding that His work is never done. As Neyer quit her job the next day, she asked the woman outside to please continue praying for her because she would need a job and was unsure how to provide care for her children.

The praying woman gave Neyer a pamphlet titled, “And Then there Were None” (ATTWN), a non-profit organization founded by Abby Johnson, that exists to help abortion clinic workers leave the industry.

Johnson herself left the industry in 2009 after watching a 13-week old baby struggle in the womb during an ultrasound-guided abortion, and is the subject of the 2019 movie, “UNPLANNED.” That was the first time Abby saw an abortion done with an ultrasound, so it was also the first time she actually saw what was happening inside the womb.

Following Neyer’s conversion, ATTWN provided her with assistance, strength and counsel which led to a trip to Washington, D.C., for the pro-life March for Life. On the plane, Neyer found herself seated next to Renate Ferrante, Executive Director of Collier Community Abstinence Program, who knows Abby Johnson, and a meeting was set up.

Today, Neyer calls Johnson a sister and occasional mother figure, who has given her the strength to speak in public.  She will express to all who will listen that there is a better way for you – and our babies.

“We are blessed that Myra Neyer chose to move to our Diocese after quitting Planned Parenthood in Baltimore.  She gives a powerful testimony to the truth of what happens inside an abortion facility,” Berdeaux said.

Neyer has spoken at several Luncheons 4 Life gatherings. This grassroots effort was started locally to bring like-minded and life-affirming people together and now takes place monthly in eight locations including Venice, Fort Myers and Naples and beyond.

Are you suffering after abortion? There is hope and healing waiting for you. Many women and men experience deep pain and grief after an abortion and don’t know where to turn. They don’t know there is help available for them.  Project Rachel is the outreach of the Catholic Church to those who are suffering this loss. We offer help through the sacraments, retreats, and referrals for professional counseling. For confidential information, contact Sylvia Jimenez, Project Rachel Coordinator, at 941-412-5860 (English and en español), project.rachel@dioceseofvenice.org, or www.hopeafterabortion.com.